The central task was to photographically reproduce the forms and the idiosyncratic construction of this design chair. I decided to use shadow as the dominant photographic design element.

Since the wooden structure of the object is very fine, it was important to use a very small, hard light source. Even the diameter of a normal reflector would have emitted too soft a light, and with a softbox the fine shadow structures would have become completely invisible.

The optimal light shaper for such sharp shadow casting is the broncolor Sunlite Set. It consists of an elongated U-shaped flash tube which, when directed at the object, acts as an almost perfect point light source. In addition, the Sunlite Set includes a 4-wing barn door that allows the amount of light emitted from the side to be precisely controlled. In a reflective environment like here in a bright studio, this has a direct influence on the shadow depth, i.e. the contrast between light and shadow. 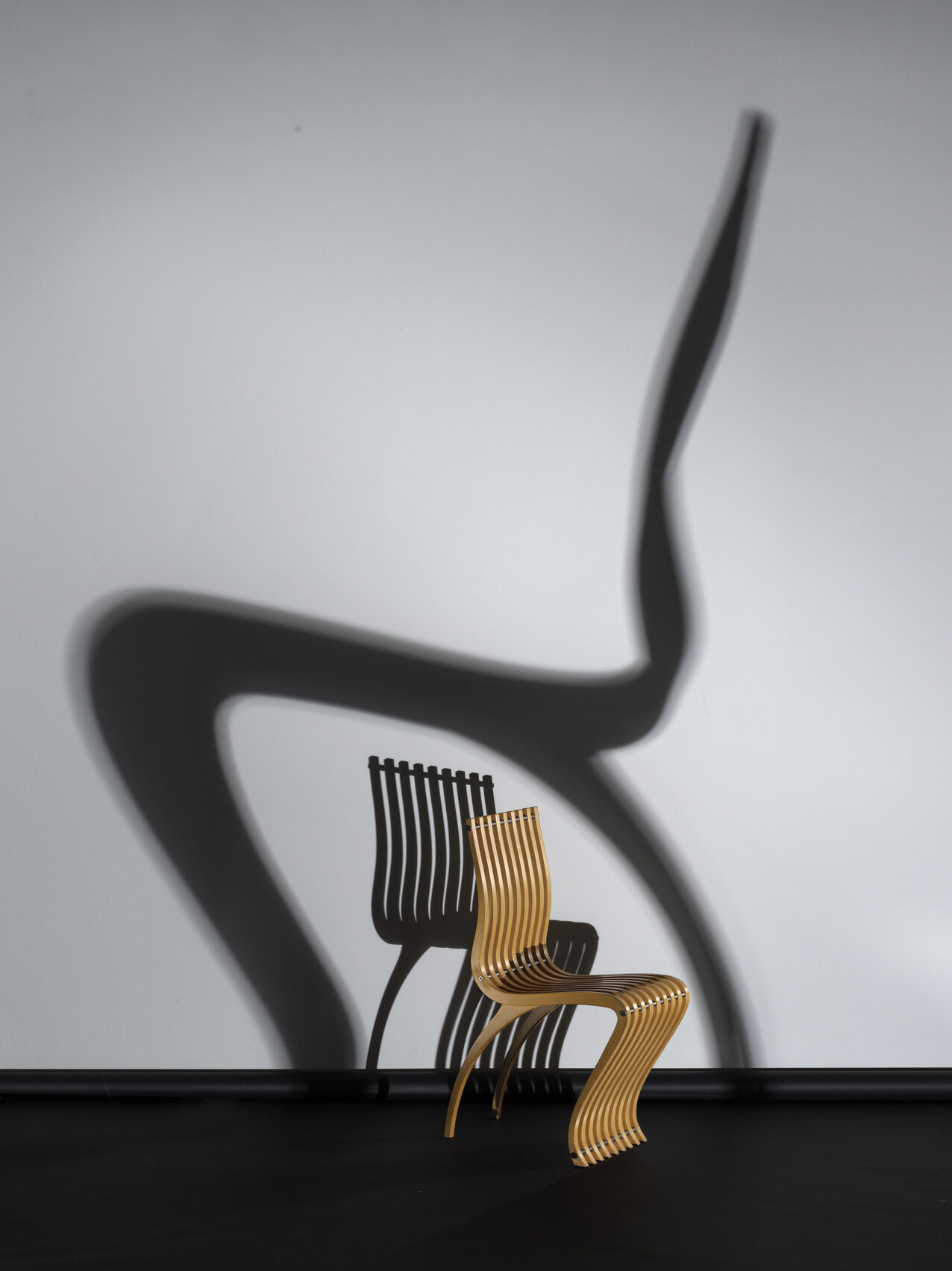 Since even a Sunlite Set is not a perfect point light source, the distance to the object has a decisive influence on the shadow sharpness. Thus, the shadow of the chair standing much closer to the light appears blurrier while that of the object standing directly in front of the background is perfectly sharp. The large shadow even shows double contours coming from the two sides of the flash tube. If these slight double contours are not desired, the matte protective glass included in the delivery can be used. Here, on the other hand, I deliberately left them in place because they add a bit more dynamics to the curved snake line.

The position of the Sunlite Set was dictated by the desired shadow cast. I was therefore unable to use them to create beautiful, controlled gloss reflections on the chair at the same time. Two normal reflectors equipped with honeycomb grids took over this task. The grids were essential because they allowed me to keep the light from these reflectors off the background, leaving the dominant shadows of the Sunlite Set undisturbed. The wooden board at the back right supported this effect. 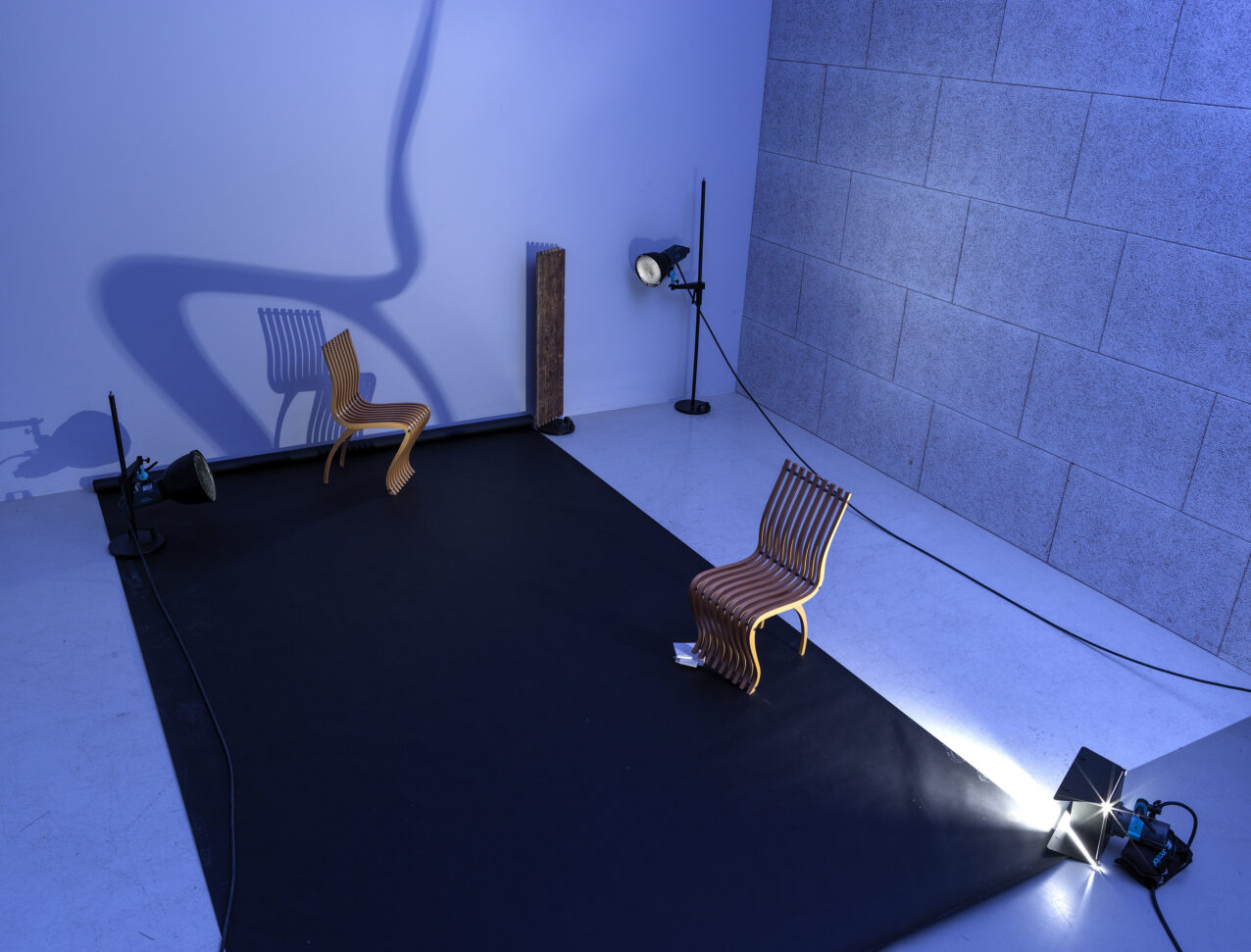