The goal was to create a mystical look that inspires the viewer to look twice. At the same time, I wanted to keep the set up simple and straightforward. An additional challenge was to separate the black outfit from the black background.

The entire photograph was illuminated with one single light: a large softbox of 120 by 180cm. It looks as if the background behind the model was lit with an additional light but this effect is achieved with this same single box: It was turned away from the model, more towards the camera that the left side of the background (as seen from the camera) was actually behind the softbox and therefore did not get any light. The dark area on the right however is the "normal" shadow of the model.

Turning a softbox away from the model reduces the subjective size of the light shaper as seen from the model. It was therefore important, to shoot with a large softbox to keep the light soft and even. 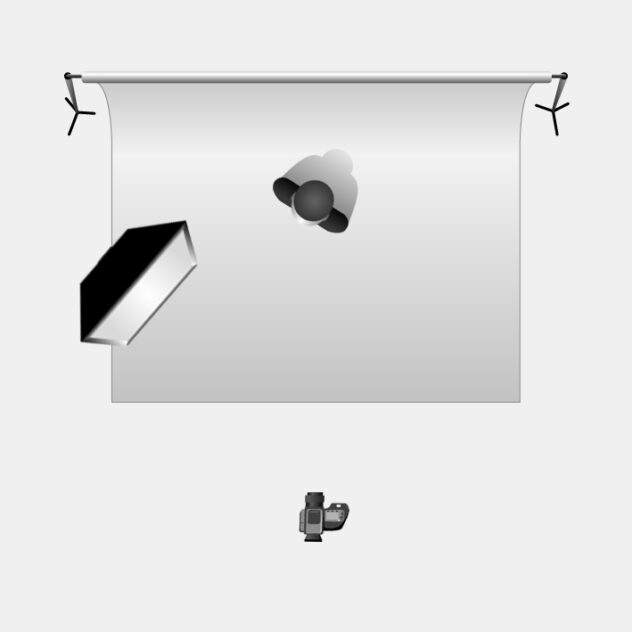 Then we played with different and rather slow movements of the model, capturing two poses in the same shot. A Scoro powerpack was programmed with a sequence of two flashes and an interval (this is the time between two flashes of a sequence) of 1½ s. The camera however was set to a shutter speed of 1,6 s and allowed both exposures to hit the sensor.