As a professional photographer, one of the most common questions I get asked is “If you could have just one lighting modifier, what would you choose?” And my answer is always the same — “The Para 133”.

When it comes to lighting modifiers, there’s no shortage of options. However, I find that few offer the quality and versatility of parabolic lighting.

Parabolic lighting is most popular when it comes to beauty and fashion work, and not without good reason. But what is parabolic lighting and what is it that makes these modifiers so special? 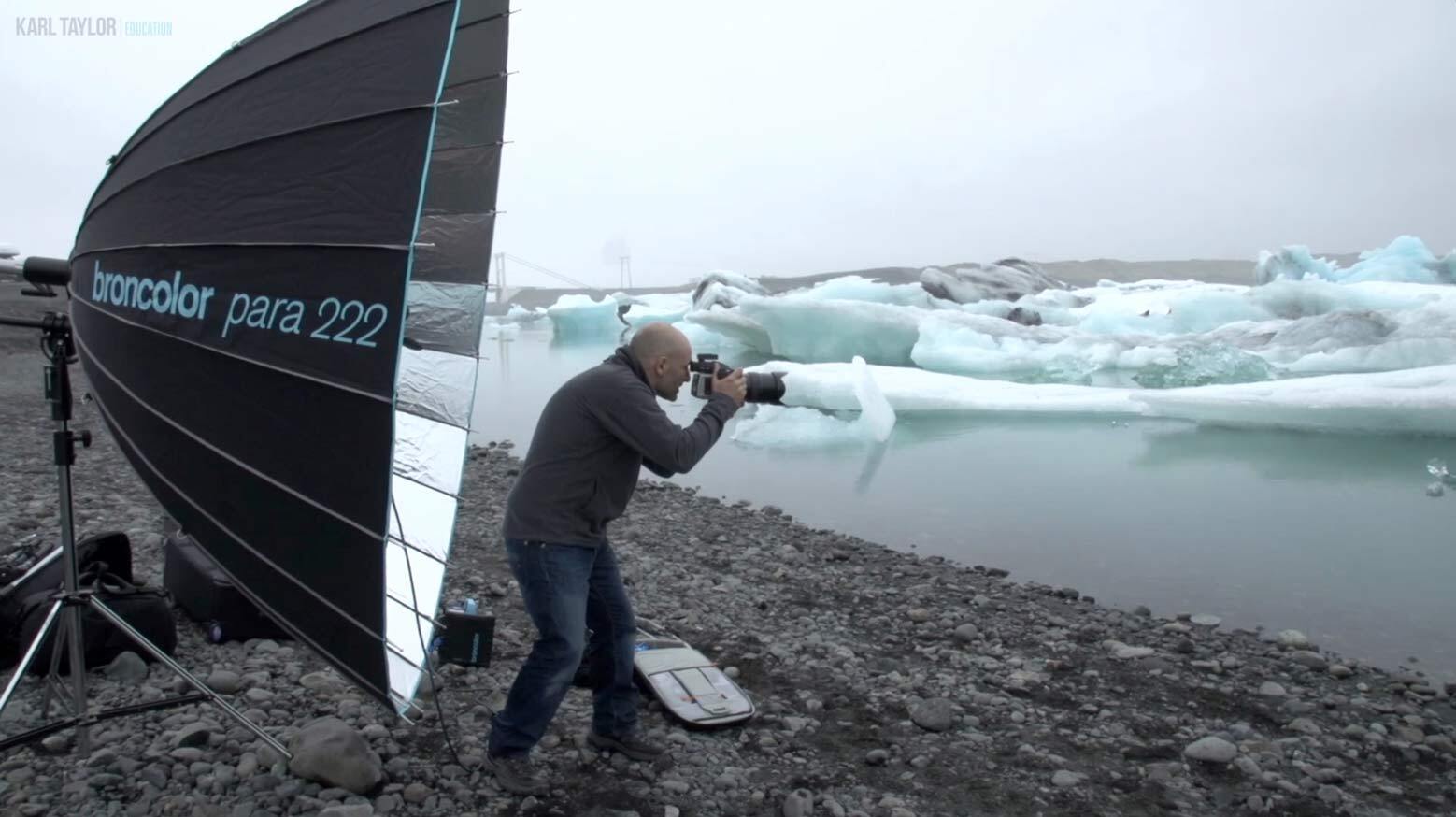 What is a parabolic light?

While there are a number of convoluted and lengthy definitions of the term parabola, in it’s most basic form it simply refers to a u-shaped line that is symmetrical across the line of symmetry.

True parabolic lights, such as the broncolor system I use, produce a beautiful, sparkly light which is very flattering when it comes to skin tone and ideal for bringing out the detail in textures. The shape and reflective properties of the modifier allow for great control over the focus and contrast produced by the light — one of the main advantages of these modifiers.

I explain and demonstrate all of this in my ‘Understanding parabolic lighting’ live show, where you can see each of these concepts clearly demonstrated. I also put this theory into practice in my Beauty lighting comparison video, where I demonstrate the results of the different size para’s. 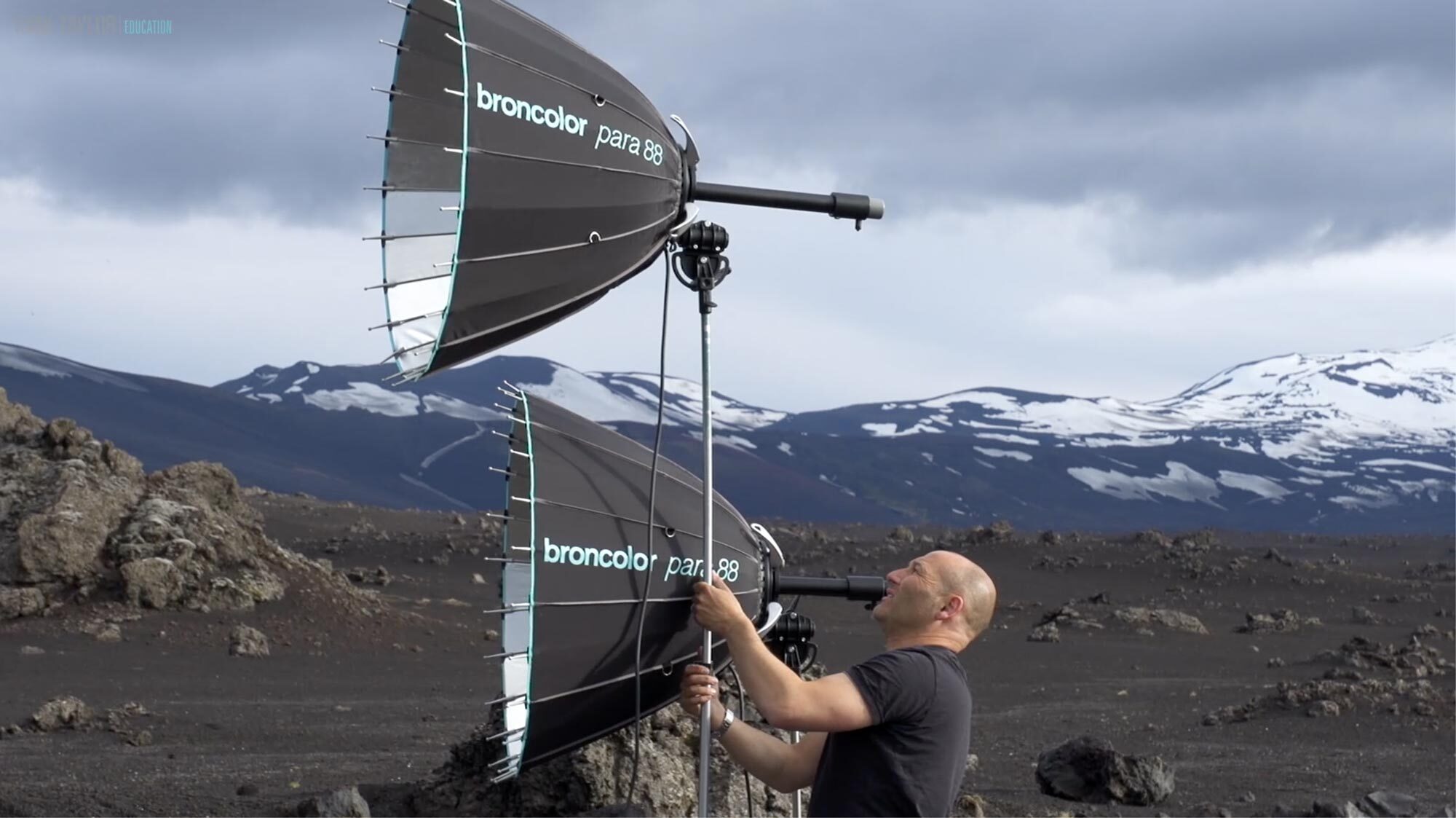 The myth of ‘parabolic umbrellas’
There are many modifiers on the market that claim to be ‘parabolic’ in shape, but very few of them actually are!

For any modifiers to be truly parabolic, it has to be a very specific shape: that of a parabola. A parabola can simply be defined as a curve where any point (P) is at an equal distance from a fixed point (the focus) and a fixed straight line (the directrix). 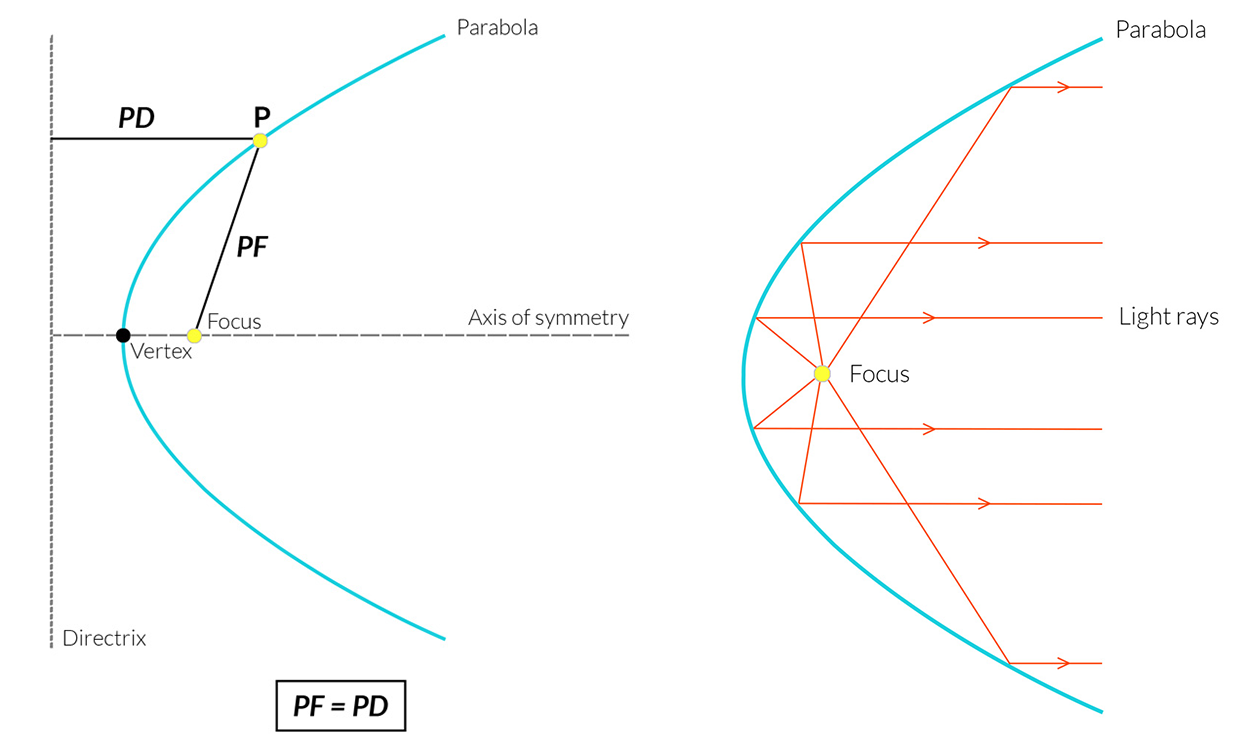 This specific shape results in a very particular output of light. Any light that originates from a point source at the focus point will reflect outward parallel to the central axis of symmetry, which is what allows parabolic reflectors to produce their characteristic light.

It's worth noting here that it's essential that the light can escape from its source sideways as well as forward. This is why flat-fronted lights such as speedlites can’t work in parabolic modifiers, because the light is unable to emanate perpendicular to its forward-facing direction.

If you see a ‘parabolic’ modifier, make sure to check that it truly is what it says it is. I use the broncolor paras, which I know truly conform to the parabolic shape. The quality of light they produce is fantastic, and, as I’ve already explained, I use them for a lot of my work.

A ‘parabolic’ modifier that is not a true parabola means that the physics of reflectance just don’t work as well.

The other type of modifier which can produce a similar light to a parabolic reflector is a Fresnel lens, we do use these in photography and studio lighting but they as they need to be constructed from glass they would be far too heavy, cumbersome and expensive to use at the same scale as the larger paras. In fact the only place you will see fresnel lenses that big are in lighthouses where the light can be focused from it’s point light source very precisely forwards and projected many miles. 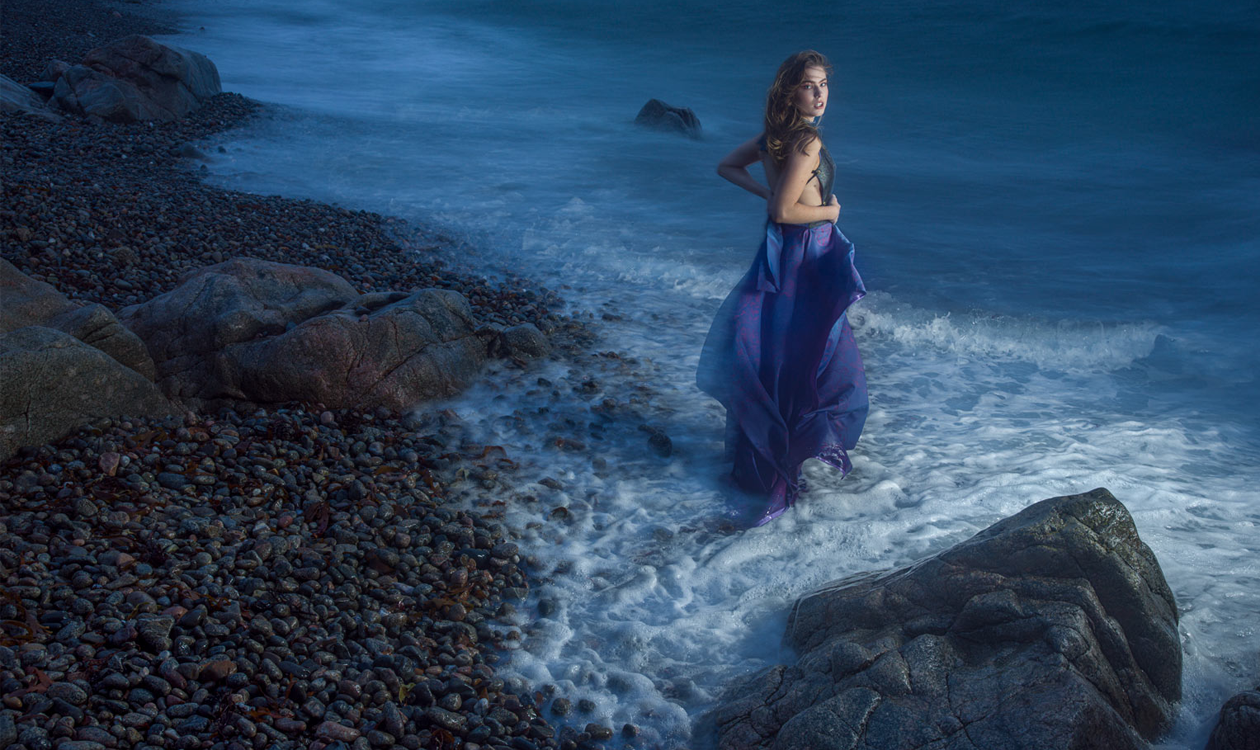 The relatively narrow beam of light that can be produced by paras is a further advantage. The ability to focus the beam means you can safely light a subject using a para without influencing the entire shot and create illumination that is concentrated to a defined area with a very attractive fall off.

The larger the para relative to the subject means even more interesting results can be achieved as we can have a hard light effect combined with the softness dictated by the larger size — somewhat of an interesting paradox in lighting terms. The largest paras are often used directly behind the photographer so that the light wraps evenly towards and onto the subject, creating effective sculpting of cheek bones, jaw line or any area of the body that falls rapidly away from the camera position.

Even greater control over the output is possible simply by adjusting the angle of the reflector or the distance from the subject. There is also the option to attach diffusers or grids to further influence the light output. These vary, offering anything from a slightly diffused but focused light to that of a totally diffused softbox.

The symmetry of the parabolic shape means the energy from the light is reflected very specifically. The light from the point of focus comes out parallel to the axis of symmetry and is therefore a very efficient way of reflecting light. Because it is so efficient, the para allows for light to be cast over great distances. This makes them well suited to working on location, as you'll be able to see in our Fashionscape course and our ‘Seascape fashion photography' class.

This precise control allows you to achieve a number of different results using just one light; essentially you have a complete lighting system neatly bundled into one modifier. As explained earlier the only other modifier to work in a similar way are fresnel lenses, but these would be far too big and expensive to use at the same scale as paras.

This article covers only a small portion of Karl Taylors information and techniques relating to parabolic modifiers and other types of studio lighting. If you’d like to take that next step into a more advanced understanding of lighting then sign up to Karl Taylor Education, where you can access everything for one low price.